The Reggae Girlz need our support 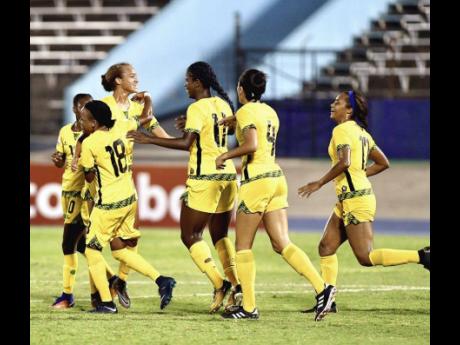 Jamaica’s Reggae Girlz celebrate a goal during their 4-1 win over Trinidad and Tobago at the CONCACAF Caribbean Women’s Qualifiers at the National Stadium last August. 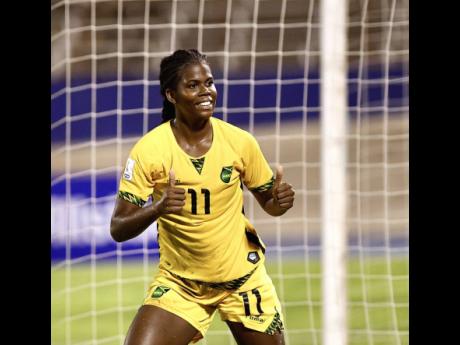 Jamaica’s senior women’s team will take the field at the National Stadium in Kingston on Sunday to play Panama in an international friendly less than three weeks before they take on Brazil in the Women’s World Cup on June 9.

As they continue to prepare for their penultimate warm-up match before the World Cup, appeals have been made for Jamaicans to turn out in their numbers to give the Reggae Girlz the appropriate send-off to France.

The appeals have been made for good reason. When they last played in Jamaica against Chile at the end of February and early March, the crowds were disappointing.

Why is it so hard for us to support our female athletes? These girls are skilled and have beaten teams ranked much higher than they are. They have made us proud. They have been unbeaten since they qualified for the World Cup last October, which tells you that their success is not a fluke.

In Bunny Shaw, they have a player that is internationally respected and celebrated. She became the first female player from the Caribbean to be signed by Nike, or any other global sponsor for that matter. She also just graduated from the University of Tennessee with a degree in communications. She is engaging and articulate. What more does she need to do to get the nation behind her?

There are many others like her in the squad. And in their recent match against South Africa, we all saw the love a full stadium, tens of thousands of people, had for this Jamaican team.

To me, it’s embarrassing that we should be imploring people to turn out and support them as we send them off to represent this country at a Women’s World Cup.

The year 1998 was not that long ago. We remember the excitement and the euphoria that permeated the Jamaican society when the Reggae Boyz qualified for the World Cup that year.

Every Jamaican was bursting at the seams with pride.

Jamaica’s Reggae Girlz have also created their own history. They have defied the odds, risen above adversity, and have attracted the attention of global media.

The fact that they struggle to win the hearts of their people at home is both mystifying and disappointing.

Prove me wrong this Sunday. Go out, fill the stadium, wear your gold, black and green, and show these ladies that they are worthy of our love.