Jungle justice is not the answer 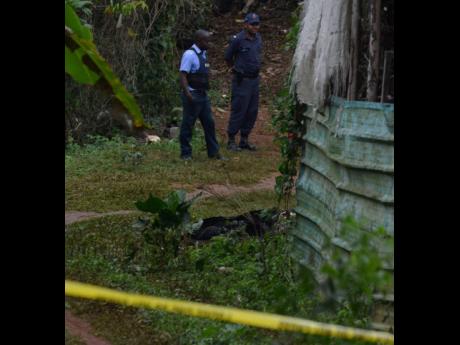 The lynching of a man by members of the Sterling Castle Heights community last Wednesday is to be condemned by all of us.

He was linked to the murder of a child whose body had been found earlier that week, days after she was reported missing.

Members of the community believed he was in possession of information relating to the girl’s disappearance, and with emotions running raw after her body was found, people set upon him, beat him, and burned him to death.

The police must now act to investigate and prosecute those involved.

The whole scenario is tragic. Little girls should be allowed to attend school and do whatever they do when they are not in school, enjoy life, play with friends or dolls, or simply exist without being stalked by demented people.

When I saw the posts on social media that she had gone missing, I feared for the worst. As a former crime reporter, I have developed an instinct about these things, and I could not shake the feeling that this would not end well.

But the jungle justice that Sterling Castle Heights residents meted out is not the way to go about things. Yes, I am aware of the frustrations and the sheer anger that permeated the community, but how do we know if the man killed was guilty?

He may very well have been innocent, but, as we know, it doesn’t take much for people to believe someone is guilty of a crime.

The kind of emotion that was obvious in Sterling Castle Heights is like gasolene, and the match would be an accusation that people believe to be true.

The real killer might still be out there feeling a sense of relief, believing that he got away with one now that the community’s anger is somewhat sated.

We need to give the legal system – no matter how flawed – a chance to work.

And it has to work because when it doesn’t, this is what we get.

Everyone in this situation – the police and the residents – could have been and done better. What we have now is a situation where we will never know if the child’s killer is dead or still alive to kill again.

We won’t ever know, even if and when another child goes missing.