Another hurdle for the Government 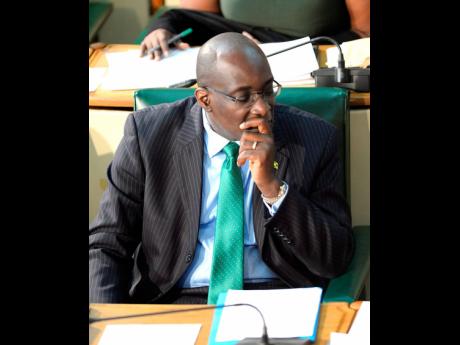 This developing situation involving the now-resigned Minister of Education Ruel Reid is a blot against this Andrew Holness administration. But it could also be a seminal moment, one that could actually be more of a blessing than a curse.

The full details of the alleged transgressions have not yet been made public, but from the little I have heard, it sounds like some fraud was committed against the public purse. The police are involved, and they have launched an investigation into the matter.

With the Petrojam scandal still fresh in the minds of every Jamaican, this latest development could become a major hurdle for this Government, especially with an election due in just over a year.

People tend to remember bad things better than they do the things that are good. You will do everything to help people over many years, and the minute you mess up, people will use it against you for the rest of your life.

The US State Department recently reported that Jamaica has been soft on corruption, and in truth, it has been. Over the years, we have seen politicians pretty much get away with murder and continue to ‘serve’ in public office. Yet, people eventually forget and move on.

The Holness administration that has cut taxes in recent times, cut interest rates on National Housing Trust loans, while increasing how much money you can get on their loan schemes, can now really take a big step forward by simply allowing the law to run its course.

If the police find evidence that a crime has been committed and that the former minister is believed culpable, Reid must face the courts. And if found guilty, he should face the punishment as prescribed under the law.

By doing this, it could start a movement towards weeding out corruption that has been holding Jamaica back for years. It would also help the Jamaica Labour Party’s image that has been stained by the Petrojam scandal and causing people to shift their attention from some of the positive things that have been done and are being done.

The Government should use this as an opportunity to demonstrate to the people of this country that it is against corruption, and start paving the way to remove it from all sectors of Jamaican society.