Alia, my 2018 Sportswoman of the Year 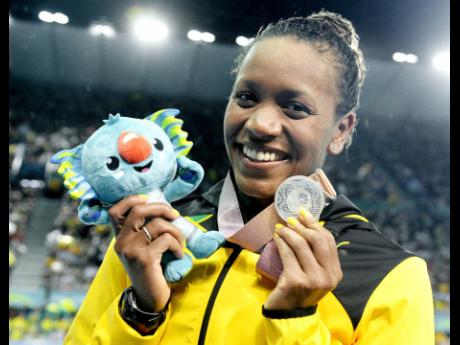 Jamaica's Alia Atkinson is all smiles as she poses with her silver medal after finishing second in the 50m breaststroke final at the 2018 Commonwealth Games in Gold Coast, Australia. 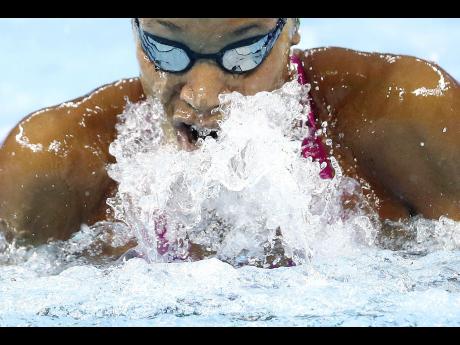 The RJRGLEANER Sports Foundation National Sportsman and Sportswoman of the Year Awards are on at The Jamaica Pegasus hotel in Kingston, and I am more excited about this year's edition than I have been in recent years, when the winners of the respective categories were obvious.

While the Sportsman of the Year award is all but won by Fedrick Dacres, on the women's side, things are not as clear. At least, they do not seem to be.

For my money, Alia Atkinson wins her second consecutive award, but here is why it is not cut and dried, as it seems.

What this means is that of the billions of Negroes on this planet and the billions who have lived and died before her, none would have won a world swimming title. At the World Championships in Nanjing, China, last December, the now 30-year-old Atkinson won two world titles and three medals overall.

Along with her CAC gold medals, her world record in the 50m breaststroke, and her world's best time in the 100m breaststroke, her eight gold medals in another dominating season on the FINA World Cup tour put her in good stead to be the 2018 Sportswoman of the Year.

However, another Jamaican woman did something special in 2018 that I believe could sway the people deciding who wins the coveted award this year.

Khadija 'Bunny' Shaw scored 19 goals in helping Jamaica to qualify for the FIFA Women's World Cup for the very first time. She also led a powerful campaign for the University of Tennessee as their leading goalscorer.

That piece of history in a country that loves football could swing votes in her favour, notwithstanding the history created by Aisha Praught, who became the first Jamaican woman to win the 3000m steeplechase title at the Commonwealth Games last April, and Janieve Russell's two Commonwealth Games gold medals and Continental Cup title.

Jamaica's women did really well in 2018, but for my money, Alia was the best of them all. However, it may not be as clear-cut as it seems to be.