What's the big deal about that Dalton picture 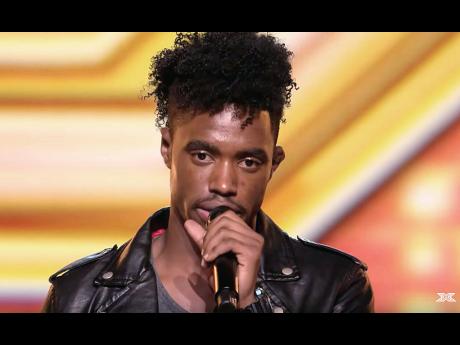 I am not a 'Bible person', but today, I am going to borrow something from it for the sake of what I think ails many Jamaicans today and why it makes me sick to my stomach.

There is a phrase, "So as a man thinketh in his heart, so is he." (Proverbs 23:7), that applies to too many of my fellow Jamaicans. For more than a week now, there has been this buzz surrounding a picture of 'X Factor' contestant Dalton Harris, wherein he appears to be sitting on the lap of a fellow contestant, who is hugging him by the waist.

When I first saw the picture, my reaction was that he seemed to be getting along with his fellow contestants, which is usually a good sign of a winning mentality. Shortly before that, he had posted a picture with another contestant standing behind him with her hand on his shoulder.

His head was turned back towards her with a smile on his face, and she was looking at him adoringly. Funny enough, too many of us choose to go negative with what we perceived the picture with the male contestant to mean.

A picture captures part of a singular moment in time. It freezes a mere fraction of a sequence of events. It is not a video, which would provide greater context. For all we know, he was grabbed and fell backwards, and in that moment, the picture was shot. Moreover, even if that was not the case, then so what?

In moments between friends, men hug, they clasp hands and bump shoulders, and depending on the culture, they are sometimes kissed on both cheeks. None of these actions speaks anything about a person's sexuality.

However, based on a single picture, so many of us chose to make this major leap to make assumptions about Dalton's sexuality. But even if their misguided assumptions are correct, so what?

What does that have to do with anything?

You know what it has to do with? Our envy and crab-in-a-barrel mentality that prevents many of us from being happy for the young man who seems destined to win a £1-million contract and a platform for what could be an extremely successful international recording career.

What we think of Dalton is not a reflection of who he is. It is a reflection of who we are - perverted, sick, demeaning people who cannot stand to see people succeed, especially when that person looks like us and comes from similar circumstances as us.