Mother-daughter fight is beyond disturbing 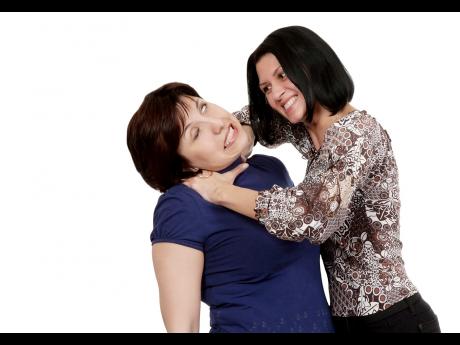 There was a video that went viral this past week showing a student and her mother literally at war.

It was like the UFC fight between Khabib Nurmagomedov and Conor McGregor, with a two-by-four thrown in for good measure.

As the mother and daughter fought, throwing each other around and throwing punches with evil intent, a bunch of students cheered on as if they were watching the greatest source of entertainment ever created.

Personally, I did not see what they were cheering about, and I saw none attempting to prevent the student from battling with her mother.

The violence we experience on a daily basis did not become an issue overnight. Much of it stemmed from abusive parents demonstrating to their children how they deal with issues. Children live what they learn.

SHE DID IT FOR A REASON

This girl did not battle her mother like that for no reason. I must confess here that I do not know the circumstances that led to the fight, or to the ones under which these two females live.

What I do know is that the violent nature of the conflict between this mother and her daughter possibly speaks to a deep dysfunctionality that exists within their household.

In my mind, either the mother has been physically abusing this child in a manner that pushed the child to the brink, or something has broken this child to the point where she feels that the only way to deal with her mother is by throwing her to the ground and stepping into her face.

What is also clear is that many parents in Jamaica today have failed their children.

The way the children reacted would suggest that this fight is nothing but entertainment, something that would keep tongues wagging for a few weeks before the next disturbing incident happens.

This is something that needs to be examined by the authorities and that schools, churches and other related entities need to pay closer attention to.

Jamaica has become an extremely violent place. For a country our size, the number of violent domestic incidents that are occurring is troubling.

Mothers stabbing fathers, fathers killing mothers, and children being beheaded or hacked to death, suggests that there are troubling underlying social issues that need to be addressed urgently.

If not, then the levels of violence we experience now will pale in comparison to what it could become.