Aretha will always be special to me 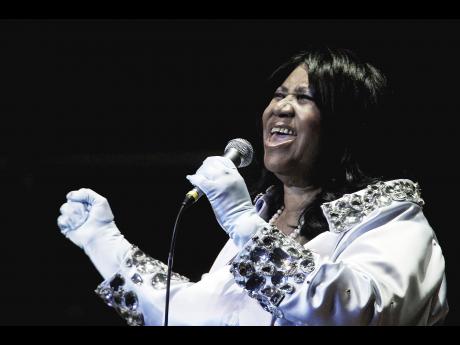 Aretha Franklin, one of music's great icons, passed away this week, and I mourn. She was 76.

Franklin was a multitalented, gifted singer whose career spanned more than five decades and whose songs have stood the test of time.

Growing up, radio was my main source of entertainment and information. Television signed on at 4 p.m. and signed off at midnight, and there were cartoons and news and JIS programming.

There was also a programme called Where It's At that was hosted by Alphonso Walker that highlighted the popular songs of the day, but radio was what I enjoyed most, and of course, reading.

I would often sit next to an orange-coloured radio in our living room just listening to music, and when my parents were listening to the news or other 'boring' things, I would rely on my little blue transistor that used two double-A batteries and had a retractable antenna.

On that transistor that I often held close to my ear, I would listen the best songs of the time, tunes from the Al Greene, Percy Sledge, Lou Rawls, The Heptones, and many others, including the distinctly different-sounding Franklin.

Songs like Say A Little Prayer, Spanish Harlem, Respect, and A Change Is Gonna Come were so compelling to a young boy who was only just discovering his love for music.

As I grew older, Franklin would grow right along with me. I remember in high school dancing to songs like the soulful Love All The Hurt Away and that great dance track Jump To It, and as I transitioned into young adulthood, there she was again with Pink Cadillac.

Her songs have always endured. The songs that I listened to as a child still resonate with me today. Everywhere you go, people still sing with great passion, "R-E-S-P-E-C-T, find out what it means to me..." Still fresh, still relevant.

There is a very overused phrase - 'They don't make them like that anymore'. When it comes to people like Aretha Franklin and another favourite of mine, Gladys Knight, who I had the pleasure of meeting back in 1993, I find that phrase to be true.

Aretha, though, will always have a special place in my heart because her music and her songs often take me back to a time when life was a lot simpler and, for me, a lot better. Thankfully, her music lives on, and through it, so will she.