High command needs to get rid of criminal cops 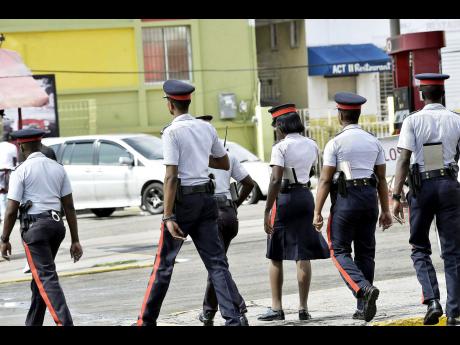 When Major General Antony Anderson was appointed police commissioner in March, his primary objective was to find a way or ways to bring Jamaica's spiralling murder toll under control. Fuelled in large part by the country's out-of-control lottery scam and a deeply entrenched get-rich-quick mentality, many Jamaicans seem only too willing to destroy all in their path for a lifetime of riches gained overnight.

However, Major General Anderson might be discovering that there is an equally important battle that needs to be fought closer to home.

In recent times, there have been two reports of policemen being apprehended under suspicion of committing serious crimes.

One of them involves a policeman alleged to have robbed a businesswoman of $700,000. This same policeman is also believed to be involved in a car-stealing ring. And speaking of car-stealing rings, another policeman, this time a district constable suspected of selling a stolen car to someone, when asked to turn himself in, shows up at a police station driving another car that was also found to have been stolen.

There was also a recent case of a policeman who was caught trying to sell a stolen car to an unsuspecting victim. I believe that incident occurred in Spanish Town. There have also been other cases, this year alone, that suggest that there could be a significant number of young policemen who are involved in criminal activity.

The evidence suggests that there is, and if that is the case, then we have a serious problem.

These cases of alleged misdeeds by policemen, when they become public, will do more harm than good in the short term because this will cause people to further distance themselves from the police in their fight against crime.

However, notwithstanding that initial challenge, the high command needs to go even harder to ferret out these criminal cops and make the cases public. As strange as it may sound, this will help build trust because when people see that the force is being aggressive in cleaning up its own house, they are more likely to believe that they are doing the same to rid Jamaica of it's bad eggs.

And that can only be a good thing.