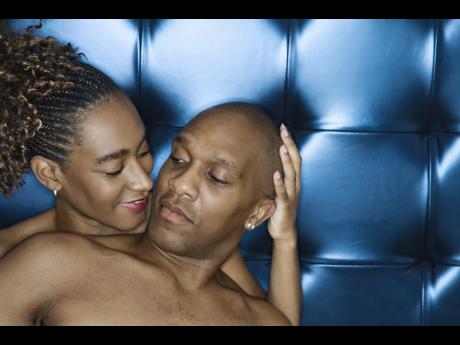 Every now and then I overhear a conversation that, in one way or the other, opens my mind up as to why people often fail at relationships. Lord knows I am no expert, but there are certain basic things in life that tell you why some things will never work.

The conversation I overheard was between two young women. Apparently they were discussing future plans with the young men they were currently seeing. From what I

gather, one of the girls had a boyfriend who was her first, and based on what I garnered, she intended for him to be her husband. On the surface, that is very commendable, but I just shook my head because none of it made sense to me.

Here was this girl deciding already that this relationship that she had was going to be her only one. She had found Mr Right at the get-go. I sincerely wish her the best, but somehow I feel she is going to get her heart broken.

When you walk into a store to buy an item of clothing, usually you end of trying on a few before deciding on the right one. Similarly, when you are at the market buying produce, you don't usually buy the first piece of produce you see. You look around. You check to see if there are any soft spots or impurities.

Similarly, when finding a mate, I believe men and women need to shop around. Now, this girl is going to make a decision that this is the man she wants to spend the rest of her life with when she doesn't even know that he wants to spend the rest of his life with her. Based on what I overheard, he had played no part in this decision. He may well be thinking that she is a nice girl (and she was or she certainly seemed to be), but I am sure he wants to look around a bit before he decides that he wants to settle down, and more importantly whether he wants to settle down with her.

Automatically, she puts pressure on herself to make this relationship work, when in reality it might be her worst option. It also puts pressure on the guy, who now in response to that pressure, might want to opt out of the relationship before things get crazy and then she labels him something derogatory and swears off men for the rest of her days.

It is a grand waste of time. You see, contrary to popular belief, mankind is not monogamous by nature. That is why men and women will have multiple partners throughout their lives. Many will have multiple partners all at the same time. In the West, people are socialised to be monogamous. They are trained to be with one man or woman. Elsewhere in the world, men are allowed to have several wives and concubines, and I am sure there are cultures in which women are allowed to have more than one man.

That is why this drinking the first water you come to makes no sense. Over time, you might discover that this man or woman is not for you. The longer you spend with someone, the more likely you are to discover who they truly are. This girl could find that her boyfriend might be a woman beater, rapist, a drug dealer or he could be the best man ever, but there are many possibilities.

I had a girlfriend once, who, during the first two or three weeks, to me she was the best girl a man could have. Two weeks after that, it turns out she was a crazy witch.

That is why I advocate for shopping around, especially when you are young. You have your whole life ahead of you to live and explore different things, destinations and people. Why deny yourself the chance to find someone that is really right by opting for the first person who finds you cute. It makes no sense.