From My Notebook: Fast food chosen over cooking 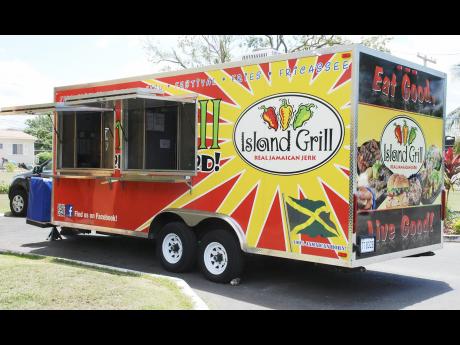 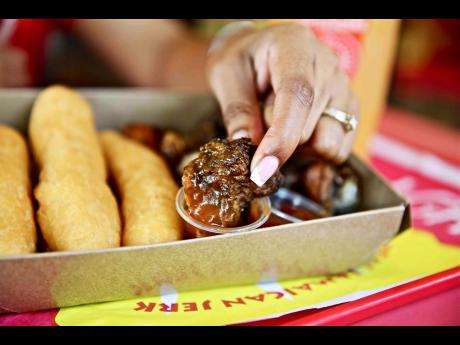 File A piece of tender jerked pork with the guava barbecue sauce from Island Grill.
1
2

Earlier this week I watched a news item on a British television channel that said that in the United Kingdom people between the ages of 19 and 24 spent the most money on take-out food because they did not know how to cook. This, despite the plethora of cooking shows on television.

This wasn't really surprising to me because this current generation has access to more information than previous ones, but somehow it seems to be the least informed. I filed that information away for future reference, but it wasn't long before it became relevant once more.

I was at Lee's Food Fair yesterday picking up a few items for my boys when I noticed a large gathering at an indoor cafÈ thing they have going on there there. When I say a large gathering, I mean you couldn't see the cashier or the food on display in the showcase. All you could see was hungry people lined up waiting to place their orders or collect their purchases. An employee there told me that this was a daily occurrence and that the proprietors had plans to expand their operations. Based on what I saw, their actions would be justified.

It got me thinking that a much wider demographic of Jamaicans are buying food as opposed to preparing meals in their own kitchens. And while the midday time slot would suggest lunch time, the rate at which people order food via telephone doesn't ease much at night. I remember when I just moved back to Jamaica a few years ago and i was crashing with my sister, I would order a pizza that would take hours to arrive, partly because they had so many deliveries to make.

The Lee's employee suggested yesterday that at the current rate people at which people are ordering food, there will come a time soon when there won't be any need to include kitchens when building homes.

He may have been joking, but there was an element of truth to what he said because when you consider the number of take-out establishments in Kingston alone, there has to be a reason why so many are in business. When you venture into New Kingston at night, all of the open food establishments seem to be doing good business - pizza places are delivering like crazy, and more and more places that sell food are opening later and later. Island Grill in Twin Gates Plaza is always full of patrons no matter how late at night it is.

The thing is though; are more people here unable to cook or is it that people just don't have the time or are simply just too tired to cook? Perhaps, because a lot of young girls and guys these days can't boil water. They are too busy wired into their phones, tablets and other electronic devices, but there are other factors why so many people are ordering take-out food instead of preparing meals at home.

Jamaica has changed a lot over the years. The economic hardships have forced people into a higher mode of the hustle mentality which means they are working longer hours as they strive to keep their heads above water. But as busy as they are, they still need to eat. That's why as long as someone can put together a decent enough packaged meal at a competitive price point, they will be in business for a long time.

Also, each day it gets more expensive to shop for things to cook. Any trip the supermarket can run you $5,000 for just a few items. If you live alone that can buy you lunch for a few weeks. There are people out there with food carts selling mini-meals for as little as $200. It's not a bellyful, but those pint-sized meals can fill a gap and keeps the hunger pangs at bay. More importantly, eating doesn't burn a huge hole in your pocket.

So while in the UK more kids are buying take-out food than ever before, here in Jamaica a wider demographic seem to be doing the very same thing, but for entirely different reasons. There was a time when you saw someone out buying food and you would yell, "Yow, go cook a you yard!" These days, you more likely to be standing in line with them.